Some young men participated in the protest which also had young women dressed in Khaki skirts carrying banners which had the inscription “there is a difference between the world and the daughters of God” and “our sisters cannot dress like men.” 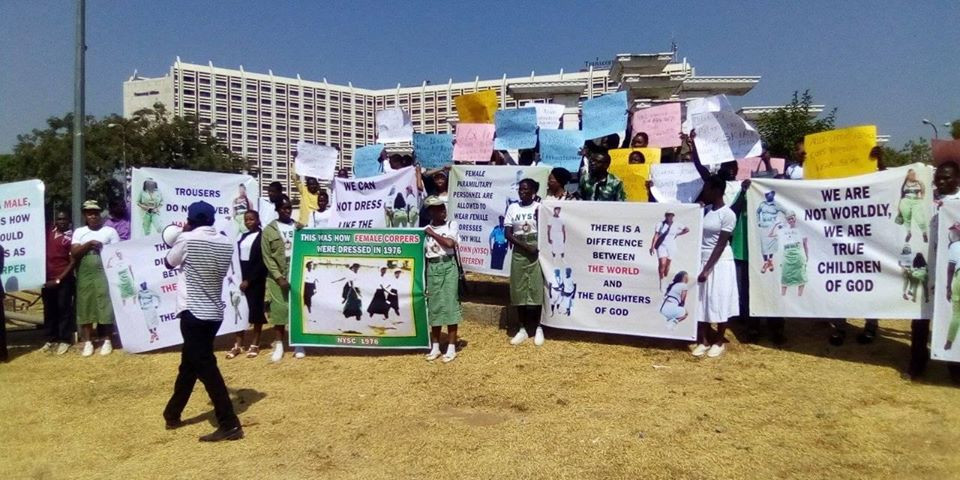 Speaking to newsmen, leader of the group Udochi Emmanuel stated that being harassed for wearing skirts in NYSC orientation camps breached their  fundamental human rights under Section 38(1) of the constitution of the Federal Republic of Nigeria.

Udochi also stated that wearing of trousers has led to increased level of immorality in NYSC orientation camps. She said;

“We had our mothers wearing skirts and we want to go back to that.

“We have asked for exemption (sic) severally. NYSC has not given that as an option, they have made it a compulsory one-year service for everyone below the age of 30 and they are mandated to wear those clothes.

“We have already started negotiations (with government) and we hope that from this dialogue we will get a favourable response.”

She also disclosed that they will seek redress in court if they don’t get what they want.

Here are more photos below; 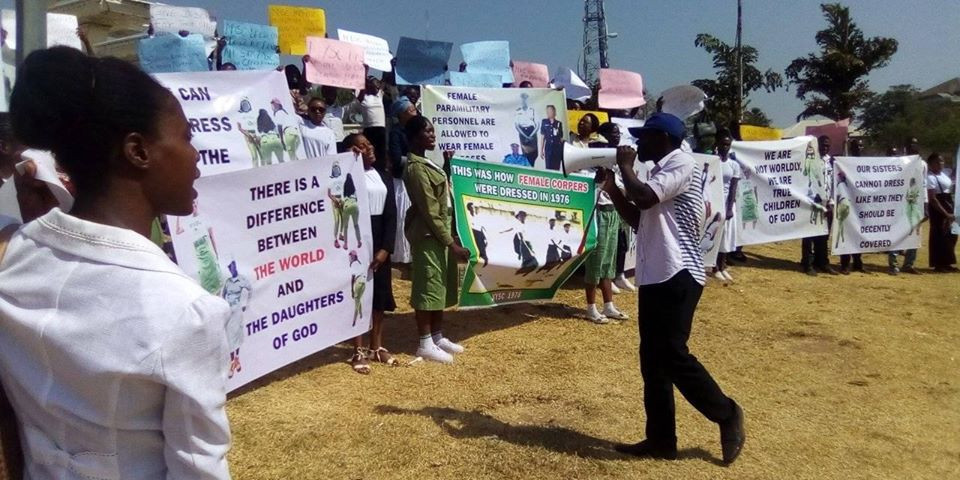 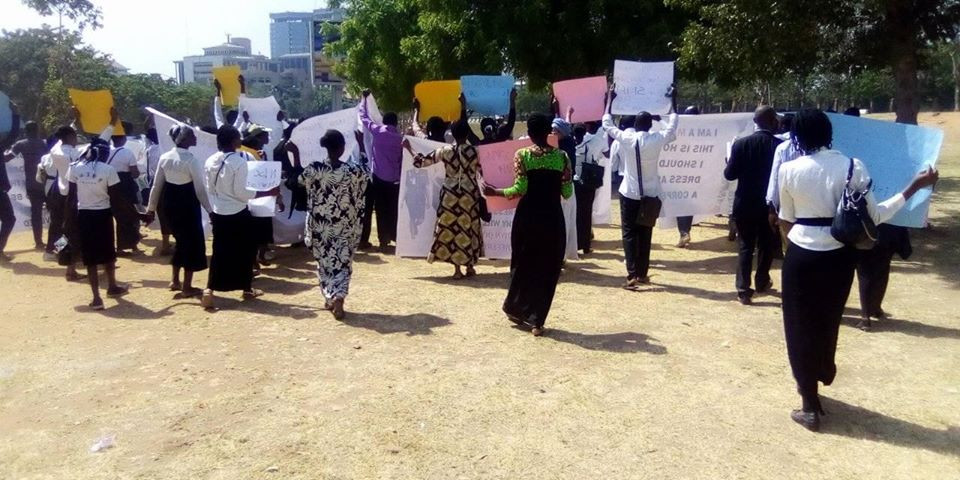 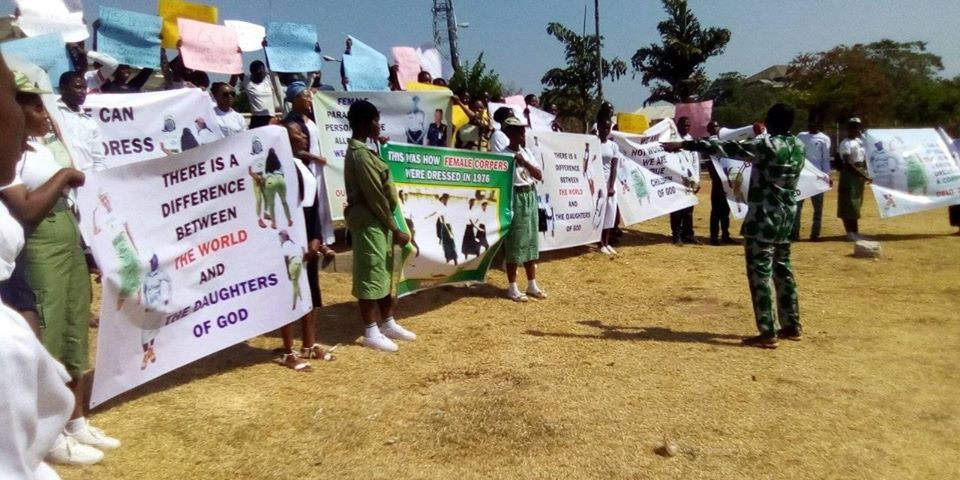 Beautiful Patoranking and his daughter brushing together

Thief Whipped, Served Food And Made To Clear Gutter In Enugu