After suffering partial stroke from the sudden death of his wife following delivery of her third child in the hands of a quack birth attendant, Dr. Jonathan Onwugbuta, lecturer at the School of Health Technology, Port Harcourt, returned home from the hospital to face police harassment and massive destruction of his home by vengeful in-laws, incited by trumped up Facebook allegations.

The tragic death of Mrs Dorothy Ole Onwugbuta on 20th January 2019 a week after childbirth was so unbearable to her husband, Dr. Jonathan Onwugbuta, that he collapsed, fell into coma in hospital for over a week, with the three children left behind for him sheltered in his father-in-law’s home at Rumueme, Obio Akpor Local Government Area, Rivers state.

While he was yet dazed by the shock of the painful loss, the academic staff at the State School of Health, Port Harcourt, returned to the private home he had shared with the wife, till her death, to meet massive vandalism of the property and its contents at Rumuekini, also in Obio Akpor locality. Strangely, the vandals were Dr. Onwugbuta’s in-laws and cohorts. They carried out the invasion and destruction of the house on the vengeful impulse that their son-in-law killed his wife, who was their daughter.

Their rage was fueled by a provincial newspaper’s publication with the inciting allegation captioned, “Killer Husband Declared Wanted”. The newspaper had sourced its report from unconfirmed Facebook post by one Nkesi Wogu, supposed distant maternal relative of the deceased where she alleged that, “My niece with a two weeks old baby was beaten to death by her husband. The man is on the run, from Etche and also a witness.” 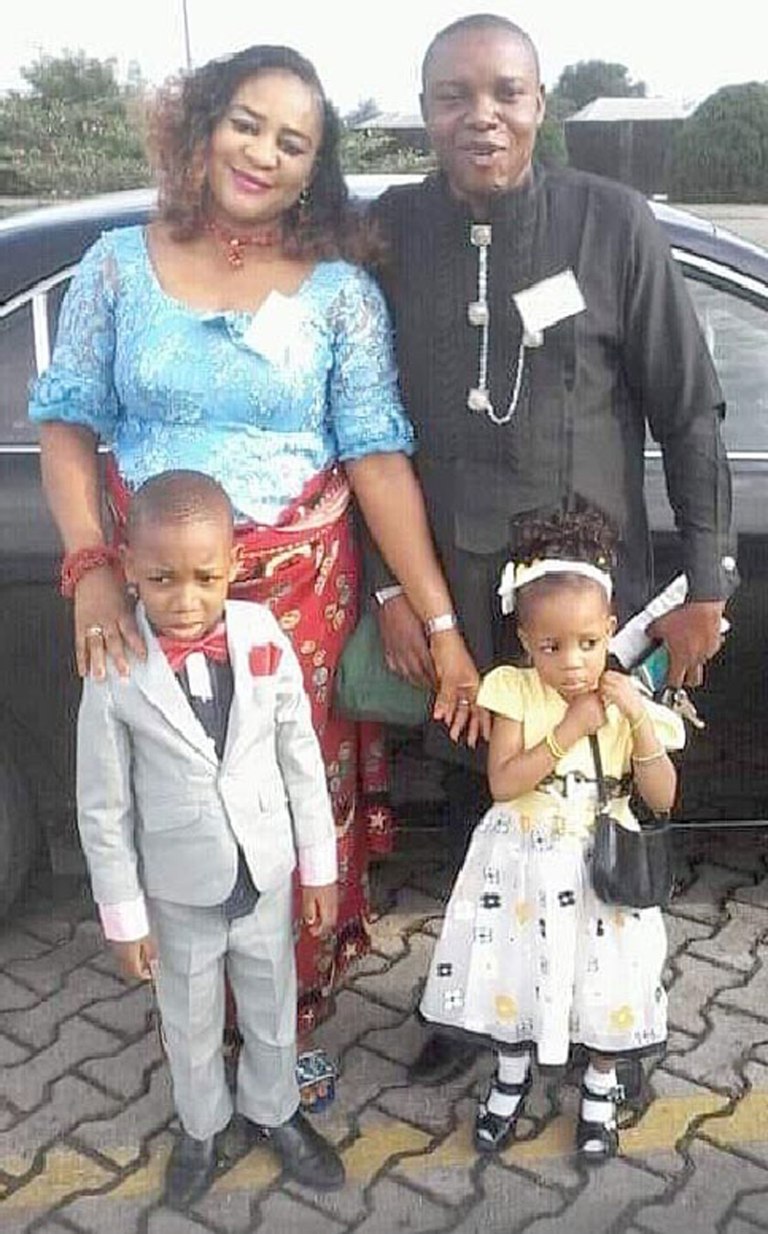 Onwugbata’s pains
Not done with the jungle justice of destroying their son-in-law’s house, the late Dorothy’s relatives further dragged the accused to various police hierarchy in a bid to have him arrested and prosecuted over the allegation. While the induced police involvement lasted, Dr. Onwugbuta had maintained his innocence. Sharing his pains with Vanguard, the Health Records lecturer said, “I couldn’t have killed my wife. If anyone needed to be called to question on how my wife died a week after child birth, it should be my mother-in-law.
My wife was registered for antenatal at the University of Port Harcourt Teaching Hospital, UPTH, and another private hospital we had been patronizing since our marriage. “Could you believe that my mother-in-law who came to be with us, close to my wife’s expected delivery, took her to a quack birth attendant somewhere at Igwuruta, gave her all sorts of concoctions without informing me and without my consent. Police arrested the quack midwife and detained her for over one month. They only released her because both families agreed to make peace. “Doctors at UPTH told me there was no single blood in my wife when I rushed her there. I was asked to go and run a test but before I returned my wife had gone into coma. I started shouting and I was asked to go out. Half an hour later doctors came out to report that my wife had died. When the news of my wife’s death hit me, I fell into coma and developed partial stroke. It was a month after I got back that I responded to police invitation. “The State Criminal Investigation Department, SCID, investigated that matter and when they were satisfied that I had no hand in my wife’s death, they released me. The Police however re-arrested me and took me to the AIG Zone 6 following pressures from my in-laws before my family now reported the matter to the Inspector General of Police. My mother in-law also accused me of beating my wife, but she admitted before the police that she never saw me do so.”

Autopsy changes narratives
The narrative of vengeful in-laws’ anger and police harassment against Dr. Onwugbuta however changed to appeals and remorse after an autopsy on the deceased vindicated the bereaved husband. The autopsy by Dr. Musa Stephen, conducted on April 20 captured the cause of Mrs Onwugbuta’s death as “Anaemic heart failure due to uterine atony following recent conception and delivery”. Observers of the autopsy include Investigating Police Officer, Sunday Raymond, the deceased brother-in-law, Nwanfor Kingdom and Observer Pathologist, Dr. B. P. Athanasius. Police Public Relations Officer, Rivers State Command, Nnamdi Omoni who the inciting newspaper publication claimed to have contacted in its January report said he couldn’t recollect the matter when Vanguard intimated him, but a source in the Homicide Unit of the SCID which dealt with the case confirmed the twists following revelations from investigations.

The source, on anonymity, said, “It is true the family’s allegations were false and defaming of Dr. Onwugbuta’s image. No findings suggested he killed his wife. We even tracked and arrested the quack birth attendant whose place the mother took the late Dorothy for delivery. “We (Police) are even going to write to the School of Health where Dr. Onwugbuta works to officially clear him of any wrongdoing in order to clear his name. We wrote to his workplace management when we were looking for him, when we received the false alarm against him. Perhaps the reason the lecturer hasn’t pressed charges against his accusers is because they are in-laws. He and the wife had three children together.”

In an affidavit he swore to in the Port Harcourt High Court, the deceased’s father, Chief Promise Ogoloma, acknowledged that the death of her daughter led to complaints and allegation of murder against her husband before law enforcement agents even up to the Inspector General of Police. He then deposed that, “after series of deliberations and consultations to make peace between the Ogoloma and Onwugbuta families, settlement of all the issues in the aforesaid matter were achieved and resolved amicably. I, for self and on behalf of the Ogoloma family hereby withdraw all complaints and allegations of murder against our son-in-law” In a separate letter to the Rivers State Commissioner of Police, CP, signed by both Onwugbuta, his relatives and Chief Ogoloma and other family members, both parties also mutually agreed to withdraw all complaints to the police and to return all the three children of Dr. Onwugbuta in his in-laws custody to him. In the letter to the CP, the Ogolomas also pledged to return all the property of their son in-law including his certificates and those of his younger brother and sister which were removed when his house was being vandalized. “The late Mrs. Dorothy Onwugbuta shall be buried at the husband’s compound and village, Umuariam, Akwukabi, Etche without any interference, the late wife having been statutorily and customarily married”, the letter further said.

Victim counts loss
Onwugbuta lamented that, “to lose a wife and have my house destroyed by my own in-laws over a baseless allegation which was also aimed at tarnishing my name is one mental torture that won’t go away soon, but Jehovah will comfort me and the children. It’s been a great relief that my name has been cleared, but the loss has been enormous, over N300m claim would be an understatement.

“I have enough reasons and evidence to press charges, but doing so against my in-laws has been a big burden to bear. My wife, their daughter had three children for me. I have a wife to bury, and pressure has been strong on me through the peace settlement “My lawyer is looking at the options to deal with the Facebook poster and newspaper whose defamatory contents incited the attack on my person. I need to clear my head first and let the funeral of my wife come and go before processing the pertinent questions and making the imperative decision

A woman is murdered every three hours in South Africa - Bloomberg
Baby born to couple after six miscarriages is left to die in hot car by their babysitter
Two people killed as armed robbers invade bank in Ondo State
Photo: Fake Jesus, Michael Job, dies of Pneumonia days after his visit to Kenya

Three sidings dies in fire outbreak in there home at ibadan