A woman took to Twitter to share something that happened while she was out with her baby daddy and their daughter and the tweet has now gone viral.

@XoYose said that during the date, her baby daddy answered a call and her daughter, who was closeby, spied his phone password and quickly drew the pattern on a paper, then passed to her mother.

Sharing a photo of the pattern drawn on a paper, @XoYose tweeted: “I’m out with my baby’s dad and when he gets a call, my daughter passes me this paper and whispers “that’s his phone password, I saw it” ” 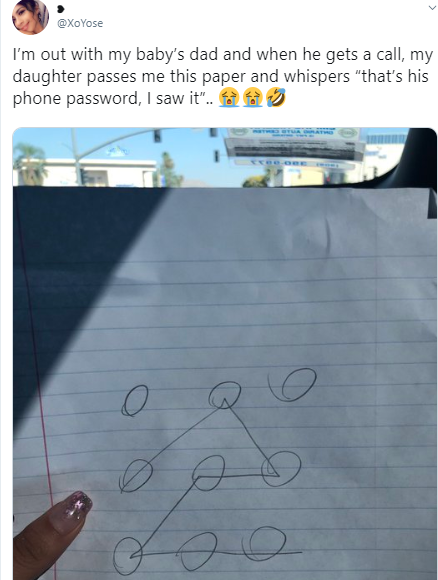 Some Twitter users say it’s adorable what her daughter did but some say she’s being a snitch at such a young age.