A Nigerian lady took to Instagram to narrate how her uncle almost got kidnapped by some men in police uniform after being flagged down at Agbarho/ Warri road by Urohbor hall, Delta State.

According to hennesse_, her uncle was arrested by men who claimed they were police officers who insisted on taking him to their police station after finding drugs he purchased from a pharmacy in his car.

She further revealed that her uncle jumped out of the car, after it dawned on him that he might be kidnapped by the men who drove past two police stations.

My uncle escaped kidnappers today in police uniform this morning at along agbarho/ warri road by Urohbor hall. This is the story

The men on uniform waved me down and requested that I should open my vehicles for a search . Of which I obliged.
After a thorough search of my vehicle and nothing was found, the saw a pain relieving drug (in sachet) inside my car handrest and they asked for a doctor’s prescription that warranted me to get hold of such drug.
After a few explanations , and I told them that I purchased it from a pharmacy store. They insisted that I should be arrested and be taken to their station.

I then requested that i put a call through to my people or my lawyer for them to be aware. Immediately, they engaged their guns, pointed it at me , seized my phones and handcuffed me.
I then insisted they should tell me where they are taking me to, but they said when I get to their station, that I will know. *I then remembered of a story about one headmaster that was kidnapped by some* *uniformed police men along that same road and he paid 300k ransom before he was released* .

They picked him up from 9am and drove along side with him for a very long distance. And while in the vehicle, they started negotiating for ransom (from 3m till it got down to 300k). No reason for arresting him and he was threatened to be killed if he doesn’t comply.
So we drove passed agbarho police station and they didn’t branch. Got to DSC round about, I was hoping they will take me to ebrumede police station. Yet again we passed the station.

Then I realized I was in for something serious. My vehicle has this Central lock thing. So the moment you engage the gear system, the entire doors automatically gets locked down. So I first of all opened up my own side of the door from the Central luck. Lucky enough, they didn’t notice it.

So immediately I got to Petroleum Training Institute (PTI) junction, they slowed down a little then I quickly opened up the door handle and jumped out of the vehicle while on motion, still on handcuff . There were crowed at the junction and I know that people must ask questions. 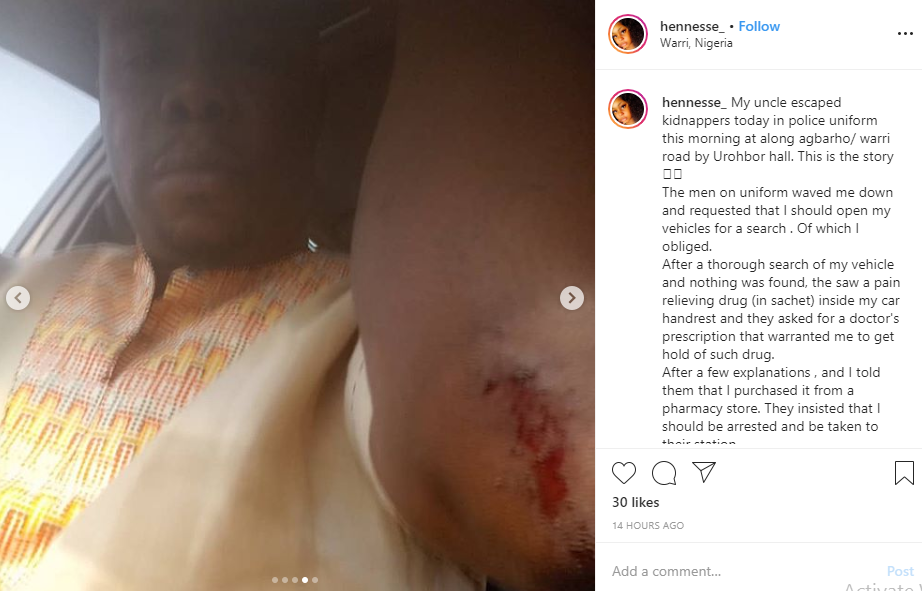 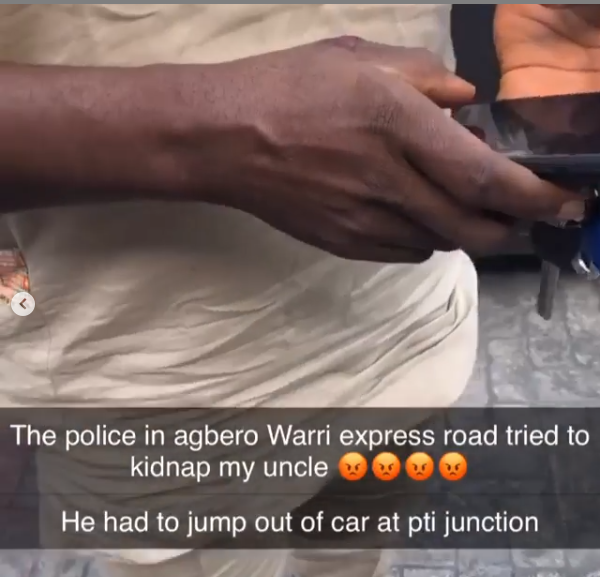 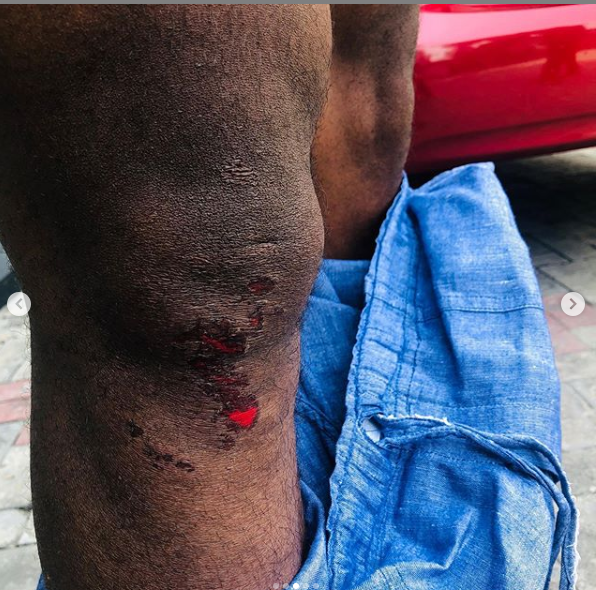