Jeremy Meeks was spotted out with actress Erica Pepples on Friday and this comes one month after his fiancée Chloe Green was spotted hugging another man on a yacht.

There have been rumours that Meeks and Green’s relationship is over after they welcomed one child but Meeks has denied this rumour. However, recent happenings give the impression that all is not well.

TMZ spotted Jeremy and actress Erica Pepples as they headed into Catch in Los Angeles. He was seen helping Erica get out of the car. Hours later, they returned to their vehicle and he introduced Erica to the photographer. 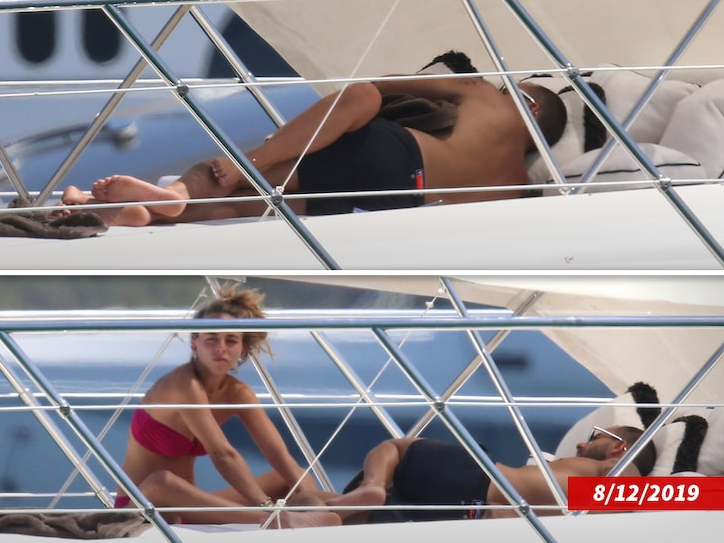 But Jeremy insists his relationship with Chloe fine. He reassured photographers that he and Chloe were still together and everything was all good.

When paparazzi asked him about Erica, he said, “That ain’t nothing man.”

When asked if they still had feelings for each other, Jeremy said, “We’re still together.”

Erica is popular for starring in True to the Game, alongside Columbus Short.

Kim Kardashian arrives in Armenia with her adorable children ahead of their baptism
Kanye West bought his manager John Monopoly a brand new Lamborghini SUV for his birthday.
Floyd Mayweather has hit back at Manny Pacquiao after his demand for a rematch.
Edo traditional ruler allegedly in coma after being attacked by hoodlums

Naira Marley uses the ‘F’ word on President Trump and Queen Elizabeth, dares Nigerian youths to do the same