A couple gave birth to twins, thinking they were theirs, only to later discover that there was an IVF mix-up and the woman had been implanted with two other women’s babies.

The Asian American couple, from Queens in New York, were forced to give up their babies after the mistake was discovered, a lawsuit claims.

The couple, named in court documents only as A.P. and Y.Z., realised something could be wrong when they were told they were carrying two boys instead of the girls they had been expecting. However, they were told there’s a possibility there had been a mistake on the sonogram.

However, the couple realised they had been implanted with the wrong embryos when they gave birth to twin boys who were a different race on March 30. Tests showed the babies were not genetically related to the couple, or to each other.

The Asian American couple were desperate to have a child that they had spent over $100,000 on doctors’ fees, medication, lab expenses and travel costs, according to the New York Post. But their dreams were shattered and they had to give up both children after discovering they aren’t biologically theirs.

It was later discovered that a couple from California were the biological parents of one of the boys.  Anni and Ashot Manukyan, from Glendale, had to fight a custody battle to be able to take their son from the Asian American couple who bore the child, by which time he was already six weeks old. 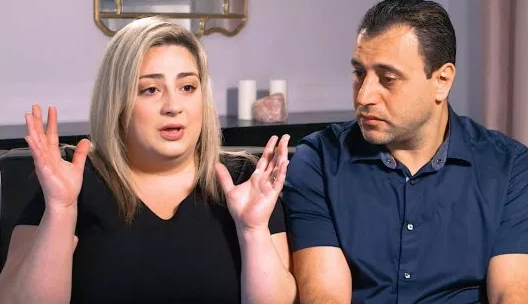 Anni Manukyan told a press conference: “Who wants to meet their child in the lobby of a hotel? It was heartbreaking. It was terrible.”

Their lawyer Adam Wolf said the case was “one of the worst embryo-related tragedies in US history.”

Anni said she found out she had also been implanted with an embryo from an unknown woman, but it did not result in pregnancy.

She said: “CHA robbed me of my ability to carry my own child, my baby boy, and be with him in the first moments of his life.”

The couple implanted with the wrong embryo said the experience has left them with “permanent emotional injuries from which they will not recover,” Metro UK reports.

The parents of the second twin have not come forward publicly.

So far, the clinic has not yet commented on the case.

Woman who spent four years in jail for the 'murder' of her roommate begs public to bankroll her 'spa...
Photos: Kenyan woman bites off husband’s lip during fight
Murdered British police officer was a newlywed due for honeymoon next week
15 Ways to Help Your Partner Feel Loved