A British mother-of-three died after she was set on fire and strangled as she lay in her bed in Barbados.

Natalie Crichlow, 44, was attacked by an unknown intruder in her bedroom on July 28 while visiting to take care of her disabled brother.  Her niece Ashley Best claims the intruder broke in the house in Christ Church, before strangling her and setting her alight, leaving her with 75 per cent burns to her body. She died in hospital just over a week later on August 6, her family say.

Natalie had survived cancer twice and had two strokes in the past decade but she survived them all only to get killed in the most gruesome way.

Her family said they are “shocked and devastated”. Her niece Ashley said they were “all in a state of shock” and did not understand why it happened.

She said: “For someone who had battled through so much to just be taken in this way and lose their life is just beyond understanding.

“It is all just a shame. She said she wanted to live life to the fullest because her life had nearly been taken from her.”

Natalie, also known by the names of Natalee and Karma, had lived proudly as a gay women for a number of years. She had worked in various jobs including as door staff and as a makeup artist. 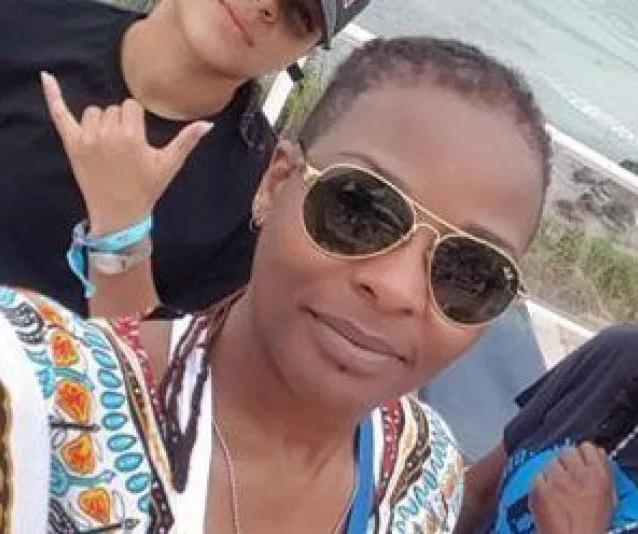 Family friend Mitra Wikes remembered her as a ” true survivor and warrior who endured so much in life but always kept going and had a true passion for living life to the max no matter what she had gone through”.

Mitra, who said Natalie regularly visited Barbados to look after her brother after the death of her mother and uncle earlier this year, added: “This is why it’s so heartbreaking that her life was taken in such a cruel way.”

A spokesman for the Royal Barbados Police Force said no arrests have been made. Stabroek News in Barbados reported that police are on the hunt for a man who “barged into a house, choked a woman, doused her with a flammable substance and then set the house on fire”.

Natalie, who lived in Colingdale, north London, leaves behind three children, aged 10, 20 and 26 years old. Her kids are “devastated” and want to get her back home to Britain for burial. A GoFundMe campaign has been set up to raise money to bring her body back.

A Foreign Office spokesperson said: “Our staff are supporting the family of a British woman following her death in Barbados, and are in contact with the Barbados police force.”

Another injured FUOYE student dies after clash with police
Lawmaker Ken Okoth dies at 41 after a long battle with colorectal cancer
Girl, 14, who suffers a heavy menstrual cycle says teacher told her to control her period
John Wesley, ‘The Fresh Prince of Bel Air’ actor dies at 72

UK police announce £20k reward for anyone with useful information that would lead to the arrest of killers of 16 year old Nigerian, John Ogunjobi

‘Playful’ boy, 6, named as one of the victims killed in the Gilroy Garlic Festival in California