At least 20 soldiers of the Operation Lafiya Dole are reportedly missing, while the bodies of nine others have been recovered in Gudumbali town of Borno State.

This followed a fierce battle between the troops and Boko Haram insurgents who were said to have planned a massive attack in the axis.

We gathered that the soldiers were ambushed by the terrorists in a village called Granda, engaging them overnight from Monday until the early hours of Tuesday.

The troops were said to be closely supported with air warfare by the Air Component of the Operation Lafiya Dole.

Sources, however, said some of the soldiers later fled, leading to the overpowering of the military base during which nine soldiers got killed in battle.

They added that seven out of the fallen soldiers were slaughtered as the insurgents beat a retreat.

The bodies of the slain soldiers have since been evacuated and deposited at the military hospital in Maiduguri, the Borno State capital.

According to eyewitnesses, the insurgents carted away with a fuel tanker and other vehicles of different brands.

But it is not clear if the terrorists abducted some of the missing soldiers as claimed, as only the outcome of a search party and a headcount would determine that.

The ambushed battalion had just been deployed to Gudumbali to commence a new operational strategy codenamed “Super Camp”.

It was gathered that the insurgents had sent out spies around the military base who pretended to be farmers, only for the attack to happen.

The Nigerian Army authorities have yet to confirm the incident and the casualty figure. 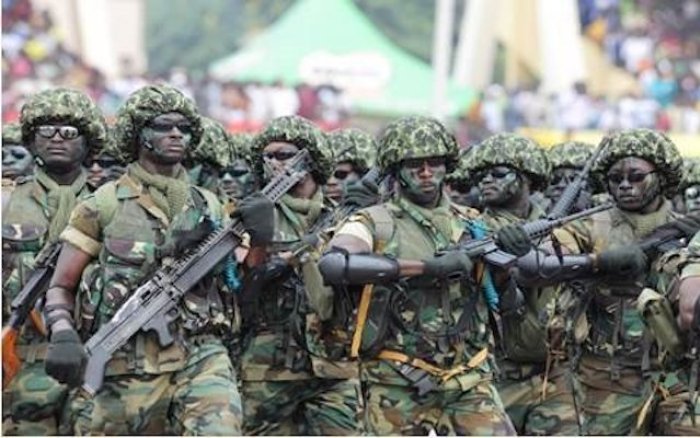 Two men electrocuted in Kaduna while working on a streetlight